How Did World War I Start? 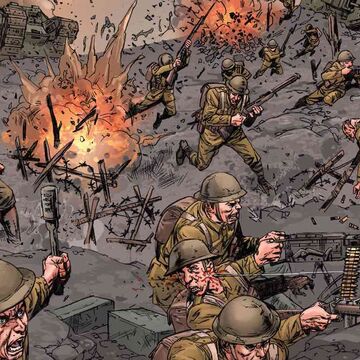 World War I was a devastating conflict fought between over 30 nations. Its aftermath saw the collapse of four imperial dynasties and led to the Bolshevik Revolution, which spread across Europe, laying the groundwork for World War II. The war was the worst of its kind, killing between 40 and 50 million people. To this day, it is still considered the bloodiest war in history. But how did it start?

In August 1914, Europeans welcomed war, although few people had a clear vision of how long the conflict would last. Most believed their country would win within a few months. World War I was welcomed not only patriotically, as a necessary defensive force, but also idealistically, as a battle to defend the sanctity of treaties and international morality. In the event, the war lasted for more than five years, killing an estimated eight million people.

After the war, France’s new government made peace, but it did not come as quickly as it had hoped. Eventually, the socialist revolution led by Lenin swept the country and forced Germany to sign a peace treaty with the Allies. During the war, the United States and the Soviet Union became rival superpowers. Eventually, World War II ended with a total victory for the Allies. As a result, the Soviet Union emerged as a rival superpower. The Treaty of Versailles forced Germany to accept blame and to concede 13 percent of its European territory to the Allies. It also limited the size of the German army and navy, and the defeated countries were left with the heavy burden of reparations.

When World War I began, German military planners were already at work. Their goal was to hold off the Russians in the east, knock out France, and throw force against the Russians. Their first major offensive, the Schliefffen Plan, was a massive attempt to break through the French border and take control of the Low Countries. The German advance would then move into northern France and then arc around Paris. The rest of the war followed.