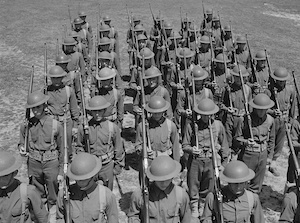 The First World War began on 28 July 1914 and ended on 11 November 1918. During this time, millions of people died in the conflict. Many of these men and women will forever be remembered for their courage and sacrifice. The events that occurred during this time are fascinating to study. It has become one of the most studied events in history.

In the early months of the war, over 30 nations declared war on one another, with most joining the side of either the Allies or the Central Powers. The Central Powers included Germany, Austria-Hungary, Bulgaria, and the Ottoman Empire. The war began as a small conflict in southeast Europe but grew into a major conflict between European empires. It was fought on the Western Front and other fronts in eastern and southeast Europe, as well as in Africa.

The war started with a single event, the assassination of an heir to Austria-Hungary by a Serbian nationalist in Sarajevo. The action led to a four-year war, during which 65 million soldiers from thirty nations were mobilized. The invading armies committed atrocities against civilians. As a result, the Western Front was a hellscape. Gunfire, gas, and bayonet charges were commonplace.

The war was not over until the end of 1919. German submarines began sinking American ships in 1917. In response, the United States declared war on Germany. By November, the United States and France were joined in the fighting. The Allies fought hard to hold their positions in Europe, but the war was far from over.